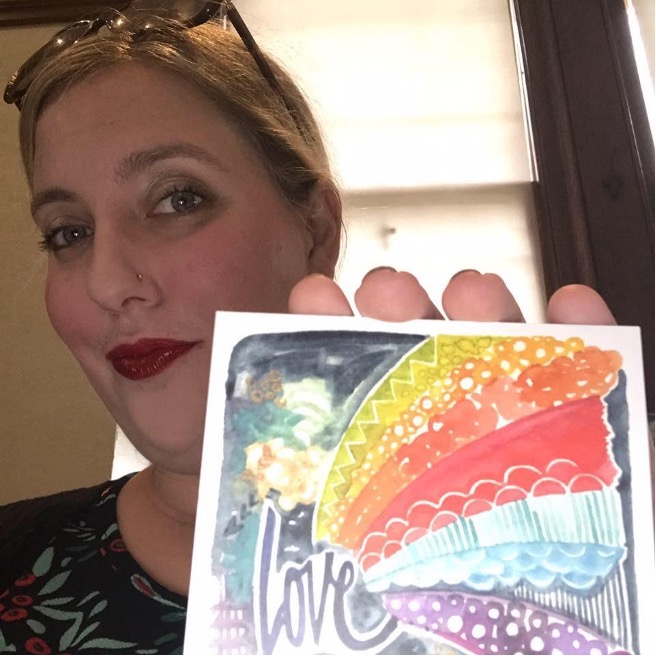 So, you want to be an ally? Wonderful!

To start, let’s clear up a couple of things. First, ally is not a term we get to give ourselves. It is one given to us by communities to whom we are proximate, and with whom we are in solidarity and doing the work. I actually prefer the term co-conspirator or comrade. There is something active in those terms that I like. After all, being an ally is an action and not an identity. Second, the A in LGBTQIA+ (sometimes LGBTQ+ for short) is not for Ally. It’s for our Asexual and Aromantic siblings.**

June marks the beginning of pride month. It is a sacred time in the calendar for the LGBTQ+ community. Every year I get asked some variation of the question, “How do I be a better ally to queer and trans folks?” I love that folks are invested in supporting our community, and every movement needs good co-conspirators. To that end, here are ten tips.

1. Get in the game. Silence is a choice. To quote the public transportation slogan, “If you see something, say something.” When you choose not to enter into a conversation or raise your voice when one of us is being harmed, you speak much more loudly than you realize. You communicate that you do not care about us. Speak out when harm is being done but also just because you can. If it feels hard for you to advocate for our communities with cranky Aunt Ida, imagine how it feels to a young, transgender teenager who is trying to come out, because staying in the closet is killing them. Most of all, fight for us, and speak up when we aren’t there to see you do it. What you do when we aren’t in the room is perhaps the most telling of all.

2. Remember that our partners do not define our identities. I get that this is new terrain for some folks. But who someone’s partner(s) or spouse(s) are does not define their sexual orientation. It does not matter if someone has an opposite sex partner, or is partnered to someone of the same-sex or gender for the first time. Our relationships are always queer (even if they don’t appear to be from the outside). It matters that you see us and honor who we tell you we are.

3. Stop using the term “preferred” for folks’ pronouns. People’s pronouns are pronouns.  They aren’t preferred. They are an essential piece of who someone is. Personalize gender pronouns if you must, but let’s drop the language of preference.

4. Pass the mic. One of the easiest ways to give us support? Pass the mic. Instead of lifting up your voice or another white, cisgender, heterosexual voice, offer the mic to a radically queer person or a transgender woman of color. In general, the most marginalized voice in any room should be invited to take up the most space. That’s acutely true during pride month. It’s OUR time to shine, so help us sparkle!

5. Stay in the room when it gets hard. You will not get it right every time. You just won’t. In my own work as an anti-racist comrade, I don’t. But, I count on the folks with whom I am in relationship to call me in. When we tell you something that you intended as cute or funny doesn’t work, or causes harm? Hear us. When we offer you the gift of loving correction? Accept it as a gift, and commit to do better. It is not the fault of the folks giving you hard feedback that the feedback is hard. Take time and space with another ally to process your guilt or hard feelings later, but leaving the room when it gets hard will only tell us that we cannot trust you. Being an ally is messy work, but it’s worth it.

6. Words mean things and language matters. The white mainline has often adopted the term same-gender loving* as a broad, catch-all for all queer and trans couples. Unfortunately, that has the impact of erasing many of us and our relationships. Example: my spouse and I are a same-sex couple, but we are not same-gender loving. This well-intentioned move by white, progressive mainliners often leaves our marriage and relationship out of the dialogue entirely.  Instead, try terms like: equal marriage, or just marriage, or broad language like LGBTQ+ couples.

7. Get people’s pronouns right. It doesn’t matter how long you’ve known someone. It doesn’t matter how many times you’ve gotten it right before. Misgendering someone is painful and violent for them. Apologize. Commit to do better, and then do that. Tip: have a couple of friends with whom you can practice pronouns. Practice really does help us get better!

8. Use the language we use for ourselves. I know it can feel challenging for some folks to use the word queer, but queer is my identity. I am not a lesbian. I am not gay. I am a Queer Femme. When I invite you into that identity, that’s holy. Meet me there! Trust folks when they tell you who they are, and reflect back to them that you see them with the same language.

9. Pay LGBTQ+ folks to preach and teach in your settings. LGBTQ+ folks are often badly abused in the candidacy process for ministry, can take much longer to find a call, or need to work outside of institutions. Wanna be a co-conspirator? Pay us to come preach, teach, write, and more in your ministry and organizational settings.

10. Be visible. Have you done the work to make your church or ministry setting affirming of LGBTQ+ folks? Tell the world. If you aren’t comfortable hanging a rainbow flag and/or a trans pride flag outside of your church building? You’ve still got work to do before you are safe for our communities. Many queer and/or young adults will not consider a congregation that isn’t willing to be visible by telling the rest of the world that they live out their faith in this way.

This list isn’t exhaustive, but it’s a place to begin. This pride month, I hope you will treat the queer and trans folks in your life with special care, and celebration. There is nothing more holy than someone inviting you to see the full of who they are. Treat that as the sacred responsibility that it is. It could be life saving. God made me queer, and I wouldn’t change a thing even if I had the choice. I know that I am queerly beloved from the top of my head to the bottom of my feet. Being queer isn’t a burden. It’s a gift. Stay fabulous out there.

*SGL was adopted as an Afrocentric alternative to the white, European identities of gay and lesbian and coined by activist Cleo Manago. While it is applicable and appropriate for some individuals or couples, it is not intended to be an umbrella term.

**Note: while the full acronym LGTBQIAAP is often written to include allies, there is not universal agreement on this within the queer and trans communities. But most of all, our asexual and aromatic siblings are often erased when allies are prioritized.

The Rev. Heidi C. Heath is a public theologian, teller of hard truths, and someone who holds pain and joy with the same breath. She is a spiritual director, consultant, writer, and activist. Heidi is an ordained minister in the United Church of Christ and curator of online community at Notes from the Chaplain. She makes her home in Exeter, NH with her spouse, the Rev. Dr. Emily C. Heath. You can find out more at: revfemme.com.