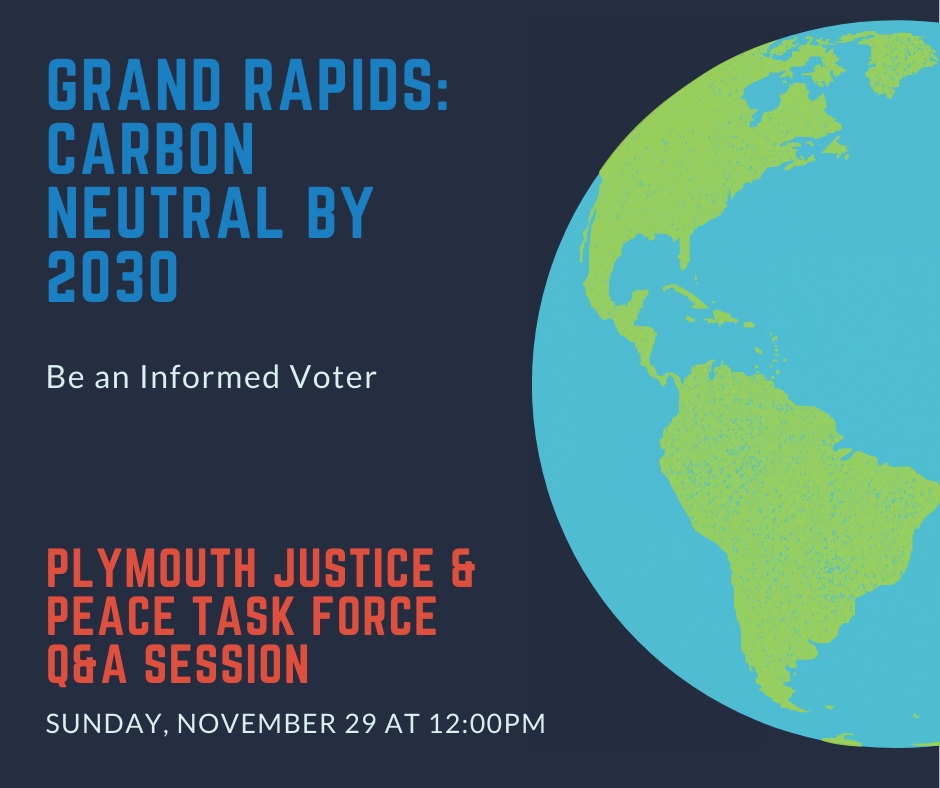 Be an Informed Voter

On Sunday, January 24, members of Plymouth will vote on a resolution to encourage the Grand Rapids City Commission to pass a plan to become carbon neutral by 2030.

This Sunday, learn more about this initiative and what your vote would mean. Join Pastor Rachel and Rich Killmer during worship for a discussion about this topic and then attend the informational Zoom meeting at 12:00pm. Your participation and input are valued.

The West Coast is burning. California’s governor recently stated that climate change is no longer debatable. The 2020 Atlantic hurricane season may become record-setting. As of October 15, 2020, there have been 25 named storms, nine hurricanes and three major hurricanes. The Arctic has had 100-degree heat. The people of Iowa have seen thousands of acres of crops destroyed by a Derecho wind event.

These climate emergencies remind us that unaddressed climate change costs lives, destroys property, ends livelihoods, and undermines the health of people and communities. It is imperative that states and their municipalities, as well as the federal government, increase their commitment to transition away from fossil fuels to renewable energy as quickly as possible.